In 2007 I broke the ball of my ankle off (ouch right!). I had the initial surgery to put it all back together done by another doctor who messed up the placement. I then went to Dr. Hall who not only fixed the issue, he gave me a much more positive prognosis than the orthopedic surgeon who thought I would never be able to play sports competitively. I have had 5 (yes five!) surgeries done by him and I have nothing but fantastic things to say about him. He is very knowledgeable, friendly and gives you an honest diagnosis letting you know what has to be done now and what can be done later. He also has preformed 4 surgeries for my sister and fixed her botched surgery done by another pediatrist. I will agree with some of the other reviews that say his assistants aren't the best but he has hired new staff that are very pleasant to interact with. The receptionist and billing manager are some of the most friendly medical professionals I have dealt with. I highly recommend him for any foot or ankle issues! 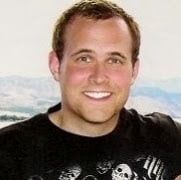